Mesut Ozil's security guard revealed that ​two men 'threatened to kill' the Arsenal star and his guards outside his in court on Tuesday.

Ozil and teammate Sead Kolasinac were caught up in an attempted carjacking the previous month in what was believed to be a separate incident.

However, on this occasion, Ferhat Ercan and Salaman Ekinci, both 27 and from Tottenham, were arrested by police following an altercation with Ozil's security staff outside his Camden home. The t​were later charged 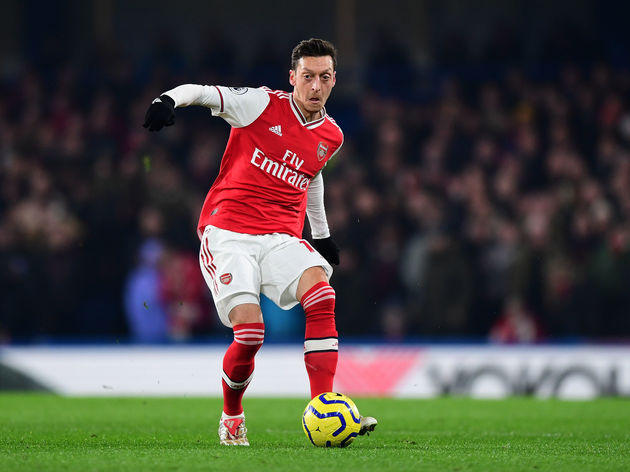 While Ozil himself was not present for the hearing, security guard Kemil Sezer told Highbury Corner Magistrates' Court that the two men threatened to kill the ​Arsenal man and the guards, while they also shouted expletives regarding the player's mother.

"They swore in Turkish, saying 'f*** your mothers, we're going to f*** Mesut's mother and we're going to come back in five minutes and if security don't go from here, we're going to kill Mesut Ozil and kill you,'" Sezer said, as quoted by ​Sky Sports.

"We started chasing them...we got angry because ​Mesut Ozil, about two to three weeks prior, was attacked and we feared that the same thing would happen." Sky Sports note that Sezer told the court that he and a colleague had been protecting the attacking midfielder after he was caught up in the now infamous carjacking incident which was caught on CCTV and widely shared on social media.

The security guard, who was assisted by a Turkish interpreter, further went on to state that When asked how he felt by prosecutor Sarah Gabay, he replied:

Ekinci and Ercun deny one count of using threatening, abusive or insulting words or behaviour to cause harassment, alarm or distress. The trial continues.