The 6 Chinese Players to Play in the Premier League - Ranked

As the year of the Rat enters its dawn, here at 90min we have compiled a list of six Chinese nationals who have plied their trade in the English Premier League, all with a varying degree of success.

The zodiac signs of the rat are thought to be industrious, diligent, positive and, as you will see below, those characteristics can be used to describe the playing abilities of some of the names in this list.

Without further ado, here's how they all got on - and what better way to do it than with a good old ranking! Kicking us off at number six is none other than ​Everton legend Li Weifeng, who made a grand total of *checks notes* ONE Premier League appearance during his year-long stint at Goodison Park.

After establishing himself as a pivotal part of the Shenzhen Ping'an back line in the 1998/99 season, the centre-back was loaned to the blue half of Merseyside in a deal which was orchestrated by Everton's Chinese sponsor, Kejian.

During his time with the Toffees, Weifeng made just two appearances in all competitions, once in the league in a 1-0 away defeat at the hands of ​Southampton and once in the League Cup; a 3-0 away win over Wrexham.

Following his unsuccessful loan spell in England, Weifeng returned to Shenzhen after the conclusion of the 2002/03 season. Next up is Dong Fangzhuo.

The nomadic Chinese actually signed for English giants ​Manchester United in January 2004 for a fee of £500,000, but he was not able to obtain a work permit and subsequently spent the next two years on loan at Belgian side Royal Antwerp.

Having impressed in Belgium and scoring 18 goals in his final season with The Great Old, Fangzhuo was handed a contract extension until 2010 by the Glazers. He would, however, only make a single Premier League appearance for the Red Devils, which came in 0-0 draw against ​Chelsea at Stamford Bridge - partnering current manager Ole Gunnar Solksjær up front.

Fangzhuo even featured for United in the UEFA Champions League in December 2007 against AS Roma, coming off the bench to replace Wayne Rooney in the last group stage game. Despite playing regularly for the reserves, Fangzhuo mutually terminated his contract prior to the start of the 2008/09 season in search of regular football elsewhere. Nico Yennaris, who joined Arsenal's Hale End academy in 2001, typified what it was like to have a rat as your zodiac sign. 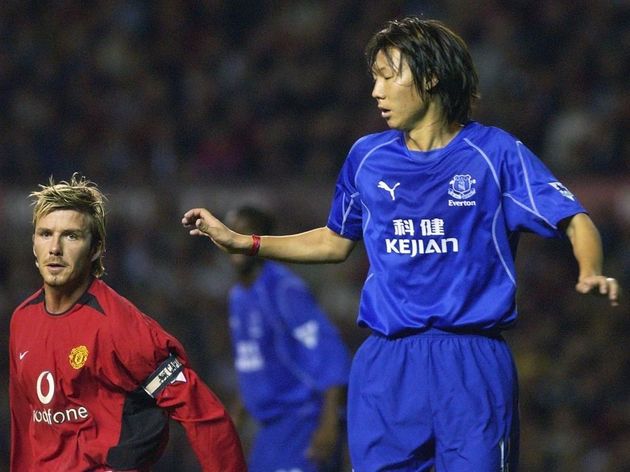