​Arsenal's 2-2 draw at home to Crystal Palace piled the pressure on Unai Emery, and after Granit Xhaka's outburst, Arsenal are in crisis.

VAR robbed Arsenal of three points, after two goals in the first ten minutes from Sokratis and David Luiz, were cancelled out by a Luka Milivojevic penalty and a Jordan Ayew strike, before VAR intervened to disallow Sokratis he's second of the day.

With the Xhaka and Ozil situations, and a string poor performances, Emery is in serious danger of losing the fans' confidence, and a poor performance against Liverpool in the Carabao Cup, could be the final straw.

Speaking to the press, Unai Emery revealed that Mesut Ozil could captain the side, as Granit Xhaka is set to miss out, after his incredible outburst directed at the Arsenal fans on Sunday.

Winning a trophy could ease the pressure on Emery, but Arsenal face a tricky tie against Liverpool, and will have to field a strong side if they have any hope of winning.

Here's how they could line-up. 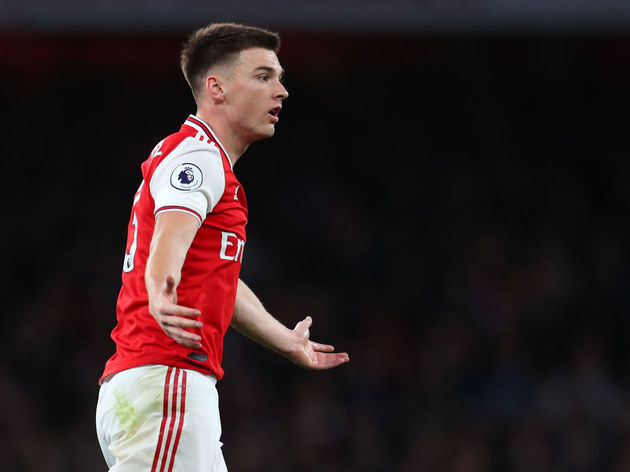 Emiliano Martinez (GK) - Often regarded as one of the Premier League's best back-up 'keepers, alongside Sergio Romero, Martinez has proven in the Europa League that he is more than capable of competing with Bernd Leno for the number one spot.

Hector Bellerin (RB) - Bellerin is by far and away Arsenal's best right-back, and this is the perfect opportunity for the Spaniard to add more minutes to his name, since returning from his eight month lay-off. The more minutes under his belt, the better, as ​Arsenal fans are desperate for Bellerin to be playing week-in, week-out again.

Shkodran Mustafi (CB) - Mustafi has been solid in the cups this season, after falling down the pecking order due to a series of woeful displays last season. Despite this, the former Valencia man is slowly finding his feet, and the cup games are the perfect opportunity for the German to force his way back into Emery's plans.

Rob Holding (CB) - Many regard Holding as Arsenal's best centre-half, and future captain, and his return from injury has given Arsenal's defence a much need boost. Like Bellerin, the former Bolton man needs more minutes under his belt and the cup games are perfect for this. Lucas Torreira (DM) - Why Torreira warms the bench while Granit Xhaka gets the captain armband is a question Arsenal fans, and football fans in general, have been asking themselves. After Xhaka's outburst, Torreira could finally get the nod in the Premier League, but for now, cup games is the only game time the Uruguayan can get.

Ainsley Maitland-Niles (CM) - A centre-mid by trade, the versatile Maitland-Niles put in some decent performances in a back five, as a right-wing-back. Since Emery has switched back to four at the back, Calum Chambers has started instead, and Maitland-Niles can now play in his natural position, but he'll have to wait for Premier League game time in the centre of the park, with cup games being his only opportunity thus far. 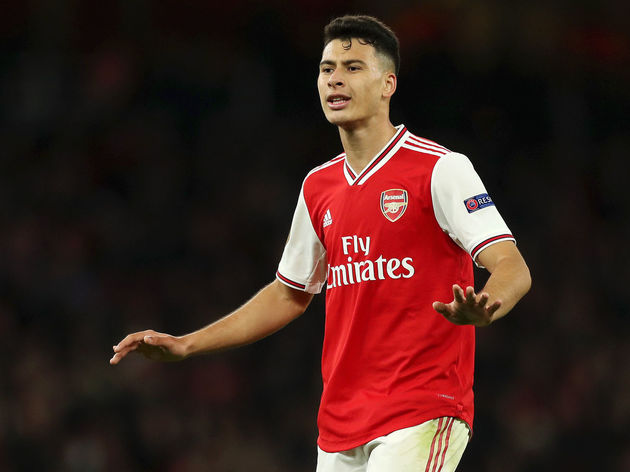 Nicolas Pepe (RW) - The Ivorian scored twice against Vitoria in the Europa League, which looked to finally get his Arsenal career up-and-running. He will want to keep this momentum and a good performance in the cups could lead to better ones in the league. The £72m man has been under pressure to perform, so every minute he plays will be vital in order to get the ball rolling as an Arsenal player.

Gabriel Martinelli (ST) - By far and away Arsenal's best youngster this season, the Brazilian could test himself against some quality opposition, to finally see if he is the real deal. After a string of impressive Europa League performances, Martinelli should be starting against better opposition, and with Lacazette easing his way back after injury, and Aubameyang being rested for the Premier League, this seems the perfect opportunity to start the Brazilian.