The Arsenal XI That Should Start Against Vitoria S.C. in the Europa League

​Arsenal's tepid 1-0 defeat at Sheffield United on Monday was possibly the lowest point in Unai Emery's reign at the club. The Gunners looked void of any creativity in the middle of the park and were made to pay for another defensive error as Lys Mousset was left completely free to score the winner at Bramall Lane.

They have kept two clean sheets in the league away from home under the Emery and the Spanish coach is facing serious questions about his time in charge at the Emirates Stadium after a series of unconvincing displays. In the Europa League though, it has been a different story. 3-0 and 4-0 victories over Eintracht Frankfurt and Standard Liege respectively have left them in pole position to qualify from group F, with youngsters like Gabriel Martinelli and Bukayo Saka seizing their opportunity to shine.

The competition has also offered some of Arsenal's more experienced stars the chance to play their way back from injury, with Rob Holding, Kieran Tierney and Hector Bellerin, all looking impressive after lengthy lay-offs.

Here's how they could line up against Vitoria S.C. Hector Bellerin (RB) - Monday's loss at Sheffield United came a bit two soon for the Spanish right-back, who only returned from an eight month injury lay-off in September. The 24-year-old is among Arsenal's group of five captains, and after having skippered the side in their last Europa League tie against Standard Liege, he'll probably do the same on Thursday night.

Shkodran Mustafi (CB) - Despite his appalling performances last year, Mustafi has looked relatively steady during his appearances for the Gunners in the cups this season. In an interview with ​Der Spiegel over the international break, the World Cup winner (yes, he has actually won a World Cup) admitted suffering a crisis of confidence as criticism became particularly fierce last season. Although his time at the Emirates is clearly limited, he has applied himself well so far this year.

Kieran Tierney (LB) - Arsenal fans were left tearing their hair out when summer signing Kieran Tierney was left out of the starting line-up in Monday night's defeat. Not being able to field his first choice back four so far this season is one of the few arguments left for Unai Emery, after his side's woeful defensive displays so far in the league. With Sead Kolasinac failing to impress yet again in an Arsenal shirt, surely Tierney has to be the first choice left-back from now on. 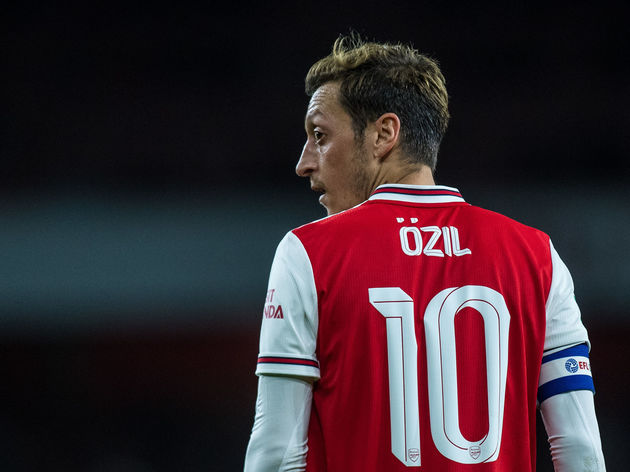 Lucas Torreira (DM) - Another to have suffered from Emery's strange team selections this season, Torreira has yet to start a league game in his preferred holding role this season. The Uruguayan offers mobility, tackling ability and a consistent passing range that club captain Granit Xhaka thinks he does. Yet Emery's decision to consistently give the Swiss international the nod over Torreira mystifies most Arsenal observers.

Ainsley Maitland-Niles (CM) - The utility man has lost his place at right-back in the Arsenal starting XI to Calum Chambers, after having admitted that ​full-back is not his preferred position. The Europa League could offer the chance for the England U21 international to get a run-out in his preferred central midfield spot, and now is surely the time for him to settle on a position.

Mesut Ozil (CM) - Despite coming out in his pre-match press conference and saying that ​Mesut Ozil was doing all the right things in training, Emery chose to leave Arsenal's highest paid player out of the 18 all together ​yet again on Monday night. As a result the Gunners looked laboured and predictable in midfield. Surely a home game in the Europa League is a suitable time to start the World Cup winner. 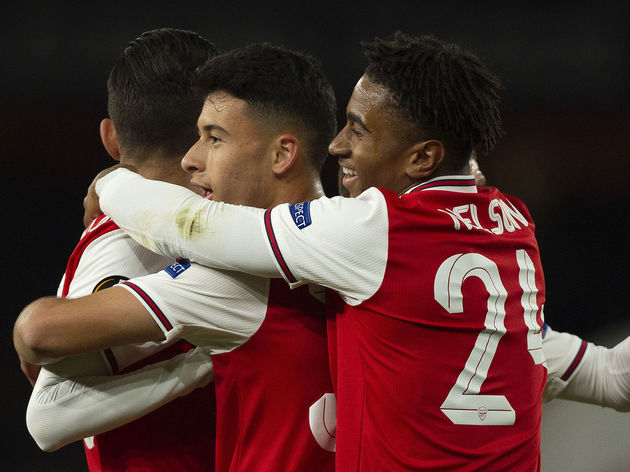