The fans react, and it isn't pretty

Arsenal are trending on Twitter as of now, and it's not good reading...

Alexis Sanchez deserves to be in a better team. His fight, desire & passion are polar opposites to the team he plays for #Arsenal #arsbay

Watching arsenal tonight lose was like watching your wife have sex with someone else and enjoy it. Compete disgrace

How can we ever win anything again with the constant catalogue of suicidal mistakes, week in, week out? 😔 #Arsenal

Wenger has lost it. In his interview he was so distant and hurt by tonight.

I feel for him.

Ozil performance should see that contract offer halved. I'd sell him. Waster.

BREAKING : Ozil found in Bulgaria still celebrating his goal against the mighty Ludogorets. 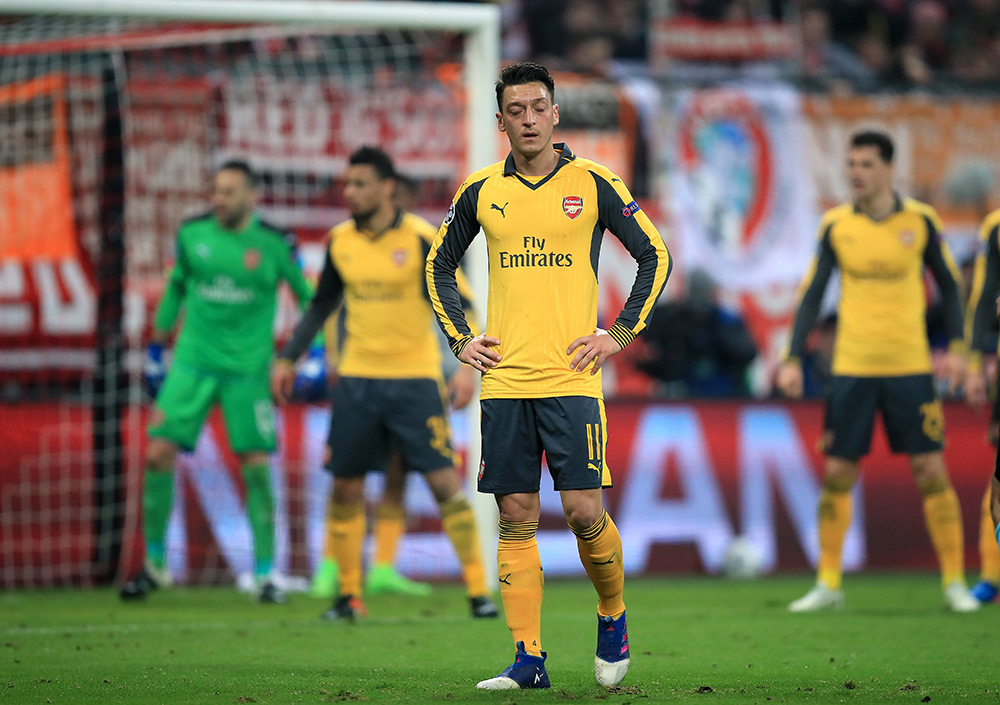