This Weekends 6 Must-Watch Games From Around the Continent

​As we approach the third international break of the season, it's fair to say that football across Europe has been quite frankly ridiculous in 2019/20.

Meanwhile in France, PSG's unrivalled dominance over Ligue 1 hasn't stopped the rest of the teams engaging in an enthralling battle to be best of the rest - with just five points separating Angers in second and Monaco in 15th.

Like we said, madness, and we here at 90min are all for it. The craziness shows no signs of stopping this weekend as the fixture gods have thrown up a feast of juicy fixtures for us to sink our football loving chops into.

Here are just a few for you to keep an eye on... The biggest game in German football could not have come at a more exciting time of the season for football fans the world over.

Well actually, ​Bayern might disagree with that. The club are in turmoil after losing 5-1 to Eintracht Frankfurt last week, and despite rumours coming, then going, that ​Arsene Wenger might take charge, they head into this game under the guidance of caretaker coach Hansi Flick.

​Dortmund come into Der Klassiker off the back of a phenomenal ​comeback win over Inter in the Champions League on Tuesday. Domestically they've flattered to deceive for most of the season, but with a three wins in a row under their belts they'll be confident of getting a result at the Allianz Arena. ​Leicester City's current number of points after eleven games is two more than at the same stage of the season when they won the league in 2015/16. They couldn't could they?

Probably not, but a Champions League spot might not be a bad shout. They have the best defensive record in the division alongside ​Sheffield United, and with​Jamie Vardy

Their visitors ​Arsenal were supposed to be mounting a top four challenge of their own after spending more money on players than any other Premier League club in the summer, but instead they currently sit six points off.

The Gunners have been woeful this season, and poor performances on the pitch haven't helped the atmosphere off it. Just ask ​Granit Xhaka.

A loss on Saturday night would leave them nine points behind third placed Leicester already, and could call time on Unai Emery's tenure at the Emirates.

Saturday: Napoli vs Genoa (Serie A) ​club ultras gathered outside the stadium

There is now a tense stand off between the fans and the underperforming players which could well come to a head on Saturday night. Only in Italy... Another club where the manager is under pressure is ​Barcel​ona. Despite the fact that La Blaugrana are top of La Liga, Ernesto Valverde's job is on the line.

Tuesday night's 0-0 draw against Slavia Praha was the first time in 46 games that the Catalan club had failed to score at Camp Nou, and it seems the wolves are very much at the door.

The main criticism is that he is failing to get the best out of his supremely talented squad, and therefore wasting the prime years of ​Lionel Messi's career. In reality they are top of La Liga as a result of other teams underperforming, rather than their own brilliance.

Another poor result on Saturday and that could be it for Valverde. The Rudi Garcia derby will see the new Lyon boss take on his old club Marseille in a battle between two former French heavyweights on Sunday night.

It's fair to say that two-time Ligue 1 winner Garcia isn't exactly liked by either club; Marseille because he left under somewhat of a cloud and at Lyon because, well, he used to manage Marseille. Simple really.

He hasn't helped himself with Les Gones' fans after subbing on centre back Marcelo in their Champions League over Benfica in midweek, despite the Brazilian's run-ins with the club's ultras in recent times.

This one has got animosity and aggro written all over it. 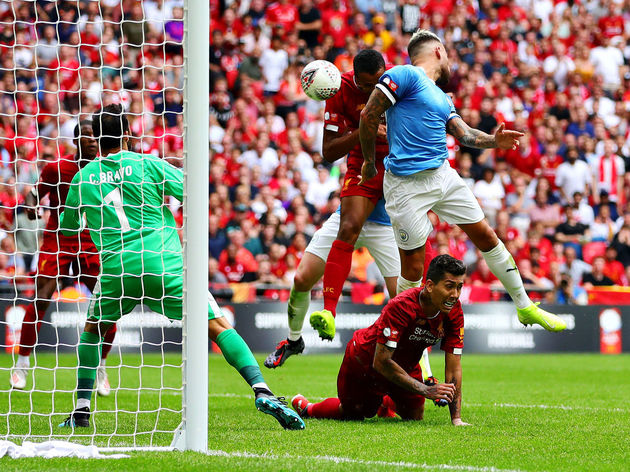 While the Reds head into the game with almost a clean bill of health, City travel to Anfield with injuries to key players like Ederson, Aymeric Laporte and Rodri to contend with.

​Riyad Mahrez's 85th minute penalty miss last year was the closest the Reds have come to losing at home in nearly three years, as they resemble Arnold Schwarzenegger's Terminator in their relentless determination ​to claim a first league title in 30 years.

Last year's fixture was a cagey, nervy affair amid Mahrez's brain fade, and neither Jurgen Klopp nor Pep Guardiola will want their side to blink first in this one.

One not to miss.