​Tottenham Hotspur have expressed their interest in signing Villarreal midfielder Pablo Fornals after the Spaniard was linked with a move to Serie A side Napoli.

The 23-year-old has been one of the stand-out players in what has been a below-par season for the Yellow Submarine, scoring four goals and providing four assists for his teammates in all competitions.

Fornals, who moved to Villarreal two years ago in a £10.8m deal from Malaga, has represented his country at senior level, making his debut in 2016 before being called up for a second time last November. According to Italian outlet ​Corriere dello Sport, Napoli have identified the attacking midfielder as a possible replacement for Marek Hamsik, who left ​Gli Azzurri for Chinese Super League side Dalian Yifang earlier this month with ​Arsena also thought to be interested.

However, if either club are to secure Fornals' signature they may have to fight off even more competition to complete a deal.

Reports on ​TEAMtalk suggest that both Manchester City and Tottenham Hotspur could be interested in the promising youngster who has a release clause of €25 million in his contract. 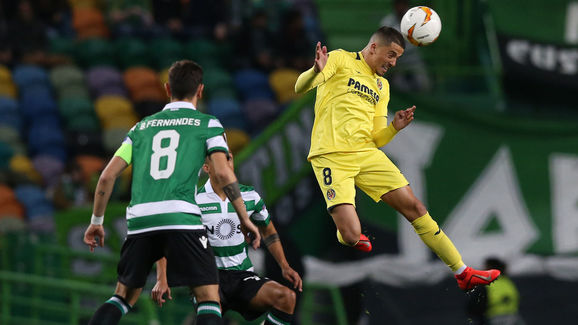 With Villarreal currently in danger of being relegated from La Liga, Fornals may have to leave the club in order to keep his place in the Spain national side for their Euro 2020 qualifying campaign.

​Spurs could purchase the Yellow Submarine midfielder as a long-term replacement for ​Christian Eriksen if the Danish play-maker leaves the club in the summer.

The 27-year-old has yet to agree a new contract with the Lilywhites with his existing deal set to run out in 2020, leading to La Liga giants Barcelona and ​Real Madrid both being linked with a move for Eriksen in recent months.