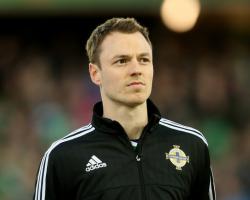 West Brom defender JONNY EVANS will cost Arsenal at least ÃÂ£25million to snare him from the Hawthorns, reports the Daily Telegraph.

The Daily Express write that Brazil forward GABRIEL BARBOSA is the subject of a three-way battle for his signature, with Manchester United, Leicester and Chelsea all eyeing the 19-year-old.

MARIO BALOTELLI's Liverpool nightmare could be about to come to an end with Bologna, Lazio and Chievo all courting the controversial striker, according to Italian newspaper Gazzetta World.

Sky Sports are reporting that Chelsea have seen a bid for AC Milan's ALESSIO ROMAGNOLI, believed to be for ÃÂ£30million, rejected by the Serie A club.

Meanwhile, Antonio Conte's club are not prepared to increase their offer for Napoli man KALIDOU KOULIBALY after offering ÃÂ£40million says the Daily Telegraph.