​Unai Emery has confirmed that Granit Xhaka has been stripped of the Arsenal captaincy, following the infamous incident in which he reacted to fan provocation during the 2-2 draw with Crystal Palace last month.

Xhaka threw his arms in the air and goaded the home fans after being met by a chorus of boos and jeers at the Emirates upon his substitution. The Switzerland international also removed his shirt and shouted 'f**k off' in response to the heckling from his own fans.

The controversial reaction sparked further ire from the club's fanbase, with some wondering if the midfielder had played his last game for the Gunners.

In a message communicated by the club, Xhaka explained that he had reached ‘boiling point’, revealing that the extent of the abuse he has received from a section of fans on social media had led him to the emotional reaction.

Absolutely the right call to take the captaincy off Xhaka. Damage was irreversible. Whether he still has a future as an Arsenal player we will have to wait and see. Possibly, but you would think only for the short-term. An exit now feels inevitable.

While the club are ​said to have offered Xhaka counselling as a result of the event, Emery - who left the 27-year-old out of the games with Liverpool and Wolves - confirmed that the player is no longer part of the club's group of captains.

Speaking to reporters ahead of ​Arsenal's Europa League tie with Vitoria, Emery confirmed that he had spoken to Xhaka to inform him of his decision while Pierre-Emerick Aubameyang will be the club's lead captain.

"I had a meeting with him [Xhaka] and told him he is no longer in the captain's group," Emery explained at his press conference via ​The Mirror. 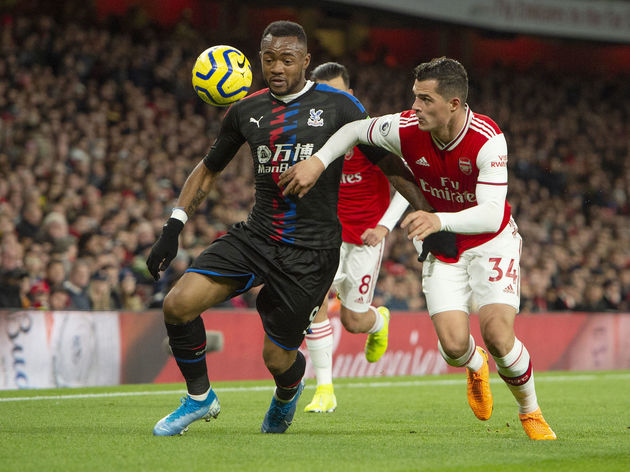 "He accepted my decision. We need to carry on and focus on tomorrow's match.

"I needed to take a decision and now it's closed."

Hector Bellerin, who was with Emery for the pre-match press duties added: "He made a mistake. As a dressing room we have to be together. We back him. He has played his part.

“We respect the decision of the coach and the club. For us it’s to give him our love and care.”