Unia Emery has dampened rumours of a potential Matteo Guendouzi exit from the Emirates Stadium amidst interest from Paris Saint-Germain.

The Frenchman signed for the Gunners last summer from Ligue 1 side Lorient for £7m, and has made a bright start to life in England. Despite being just 19 years old, he is becoming a very effective option for Emery this season, having made 23 Premier League appearances - including 17 starts - as well as seven in the Europa League. His good form has drawn in a lot of interest across Europe, including from his former suitors PSG. Guendouzi came up through the youth ranks with the Parisians before moving to Lorient in 2014, and now the French champions been linked with a move back for the midfielder given his impressive start to life in senior football.

Many reports have claimed PSG are set to offer £60m, and have suggested that ​the Gunners may well be tempted to cash in on the youngster in order to help fund a rebuild of their squad in the summer, however speaking with ​Football.London after Arsenal's ​3-0 Europa League win over BATE Borisov, Emery shrugged off the reports and was seemingly surprised by them. He said: "I am surprised. I don’t want this. His development is like we want. He has a big ambition, big quality. Sometimes we need more quality with him and sometimes we need for him to be more stronger in midfield.

"But his development with us is very important and he’s playing with big consistency and I think he is improving a lot. His quality is very impressive for us." 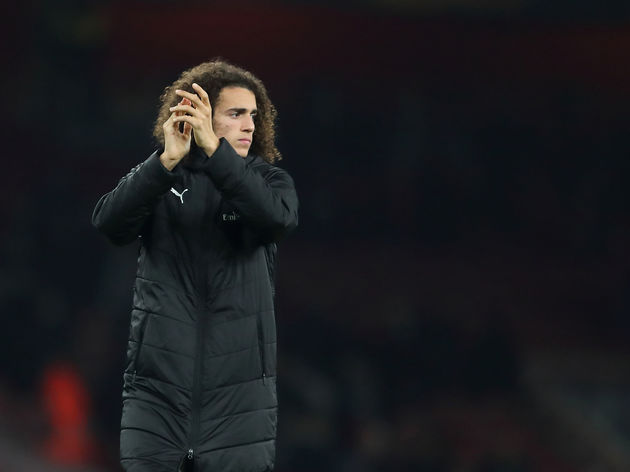 The Frenchman has helped Arsenal up to fifth in the ​Premier League table and they are now just one point behind ​Manchester United in fourth place. Guendouzi himself will be hoping for a strong finish to what has been a breakout season for the midfielder.