​Arsenal manager Unai Emery has applauded the efforts of players and fans after watching the Gunners overturn an aggregate deficit against Rennes to progress to the Europa League quarter finals. He was proud of the performance but refuses to call Arsenal favourites to lift the trophy.

Two goals from Pierre-Emerick Aubameyang and one from Ainsley Maitland-Niles at the Emirates Stadium put the Gunners through after losing the first leg 3-1 in France last week. 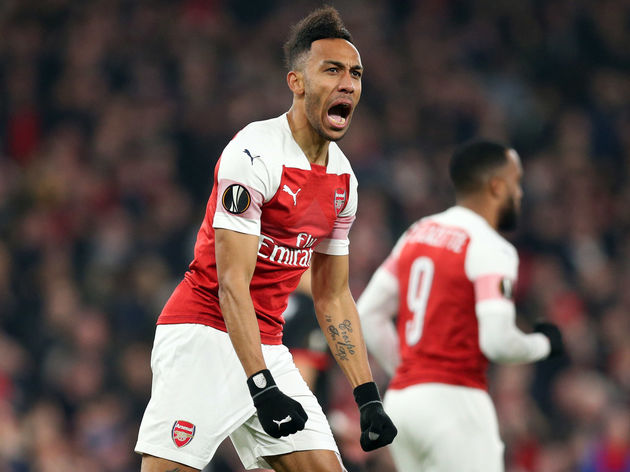 "We can be proud of our supporters and our players because it's been a very difficult week against Manchester United on Sunday and then against Rennes after our defeat away," Emery said at his post-match press conference, via Arsenal.com.

"I think we played very, very consistently in the 90 minutes, being also competitive without the ball above all and very serious defensively," he added.

Emery has great pedigree in the Europa League after tasting glory three times with former club Sevilla, who surprisingly crashed out against Slavia Prague on Thursday night, but has shied away from labelling Arsenal the favourites to go on and win it.

And then there were eight!

Who's lifting the 🏆❓#UEL pic.twitter.com/V8JUWD9kN8

"Inter Milan is out, Sevilla is out. A big surprise," he acknowledged.

"The last eight teams are very important teams and it is going to be very difficult. But we are going to think the same ideas before this match, before Sunday's match against Manchester United. The next match is the most important match for us and the next competition is the same.

"After 15 days, we are going to play against Newcastle [at the Emirates] in the Premier League and then other matches in the Europa League. We are going to prepare for each match as if it’s the most important."

For Petr Cech, the goal of lifting one more piece of silverware before he brings down the curtain on his glittering career continues. 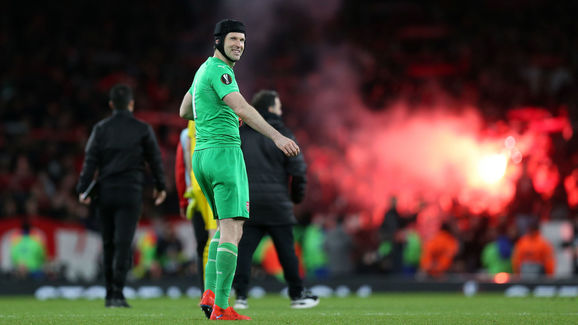 "My dream is to retire with a trophy in my hands," the veteran goalkeeper said, via Arsenal.com.

Arsenal now await their quarter final fate ahead of Friday's draw and can be paired with Chelsea, Napoli, Benfica, Villarreal, Valencia, Eintracht Frankfurt or Slavia Prague.