​Arsenal manager Unai Emery has said keeping pace with rivals Tottenham in the league table is a serious motivation for his side, as they gear up for the short trip to Wembley to face their North London rivals on Saturday.

A victory for Emery's men at the weekend will cut the gap between the two to just one point after Arsenal's back to back league wins moved them into fourth place; while back to back league defeats for Spurs has led to the collapse of their title challenge.

And given the ten-point chasm that existed between the sides less than a week ago, Emery admitted before their resounding 5-1 victory over ​Bournemouth that the chance to put the pressure on their rivals is one his side can't afford to pass up.

"It's a big motivation, but we were speaking to the players about it," Emery told ​Sky Sports. "We need to take the opportunity today, and after that we can have a great opportunity on Saturday.

"They are still ahead of us in the table, and it's difficult to win there, but it's a good test."

​Arsenal are flying at present, with three wins on the bounce in all competitions, and the 5-1 win over Bournemouth on Wednesday signalled a return to their attacking best.

Five different goalscorers - ​including the returning Mesut Ozil - means Emery now has a selection dilemma on his hands ahead of one of the biggest matches of his debut season.

"I'm going to watch the match back, and ​Tottenham's, and after that I will decide our game plan for Saturday with every player," he added.

"We need the players in the first 11 and on the bench, and a big commitment between every player to help us. 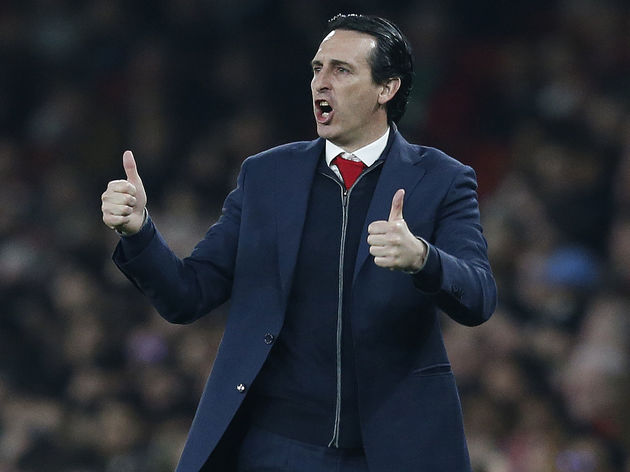 "If we can play with a big performance, I want every player to help us once we make these decisions."