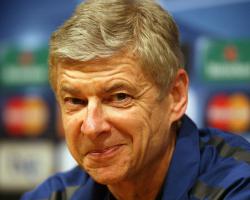 The prices being talked about for several players that Arsenal were allegedly linked with were eye-watering sums but it seems a genuine bargain could be available as soon as January and his buy-out clause is around ÃÂ£7.5m.

Before you say Ãâyou canÃât buy anything for ÃÂ£7.5mÃâ listen up, this kid could be the next Cesc Fabregas they say and he did play for the U19 Spain side that won the European Championship this summer.

The young player is attracting interest with Liverpool also allegedly sending scouts to analyse the players potential at Anfield but Arsenal do have the Champions League ticket and you would expect Wenger to be in a strong position.

With his contract in its final year the player is free to sign a pre-contract agreement before finalising a deal at the end of the season and Betis will be motivated to sell rather than risk losing the player for free.

The report in the Mirror claims that both Arsenal and Liverpool are keen on the player who is tipped for the top.