Who Is Evan N'Dicka? Everything You Need to Know About the Coveted Frankfurt Defender

​The Bundesliga's long, long, long list of highly rated starlets linked with a move to the Premier League seems to be growing with every passing day, and the latest man under the spotlight is Evan N'Dicka.

The Frankfurt defender has caught the eye of some of Europe's elite clubs following a string of impressive performances for the Eagles, and with some big names likely to come calling for the Frenchman this summer, it may not be long until N'Dicka's potential is put to the test.

But if you're scratching your head and wondering who the hell this latest wonderkid is, then you needn't fear as 90min has your back.

With the help of our colleagues over at ​90min.de, here's everything you could possibly need to know about the exciting Frankfurt defender.

Right, Who on Earth Is This Guy? ​Well, the first things first, N'Dicka is young at 20-year-old, has experience in one of Europe's 'big five' leagues and he stands at 6ft 4in -

Having played for Frankfurt since July 2018, N'Dicka is a Paris-born France youth international and joined the Bundesliga from Auxerre a little under two years ago.

He was deemed as something of a risky signing at the time, arriving for approximately

The young centre-back has blossomed since the move, however, featuring 25 times for Frankfurt already this season, and has consistently shown his versatility with manager Adi Hutter often using N'Dicka at left-back this campaign.

How Has He Adjusted to Life in Germany?

​​Well, considering he has already been linked with summer moves to world champions ​Liverpool and Premier League giants ​Arsenal, he must be doing something right.

N'Dicka made 36 appearances in all competitions for the Eagles last season following his move from France and impressed under the radar, with the strong performances of Luka Jovic and Sebastien Haller somewhat detracting from the plaudits he received in his breakout campaign.

However, the Frenchman started this season on the bench, but regained his place in Hutter's starting lineup after matchday nine, bringing his total appearances this season in the ​Bundesliga up to 15.

Frankfurt have struggled for form this season, while also conceding 41 goals in just 24 league games, and N'Dicka has been used as an emergency left-back for much of the campaign, but the youngster is significantly better when playing in the centre of defence - especially in a back three.

Is He Anywhere Near the France Squad? 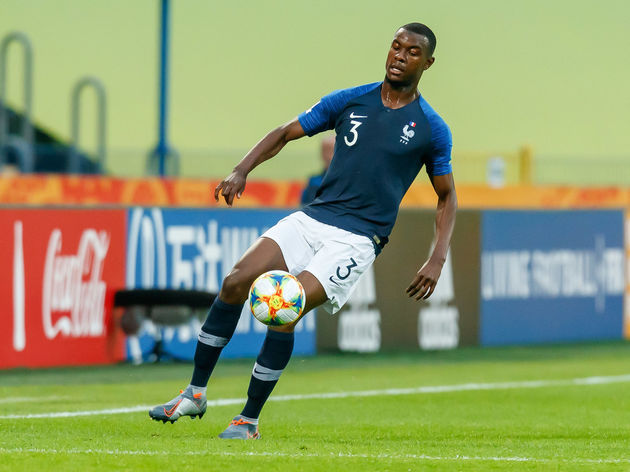 N'Dicka is of Cameroonian descent, but chose to play his youth team football with France, featuring for Les Bleus all the way from Under-16 to Under-21 level, earning his first appearance with the latter in 2019.

However, a pathway to the senior team might be more difficult in the immediate future. The world champions understandably have a hell of a lot of competition in defence, with fellow Bundesliga centre-backs and RB Leipzig duo Dayot Upamecano and Ibrahima Konate far closer to a starting berth than N'Dicka, despite being roughly the same age.

N'Dicka may need a few more years and a big move to prove himself before he earns a place in Didier Deschamps' squad.

What Are His Strengths? 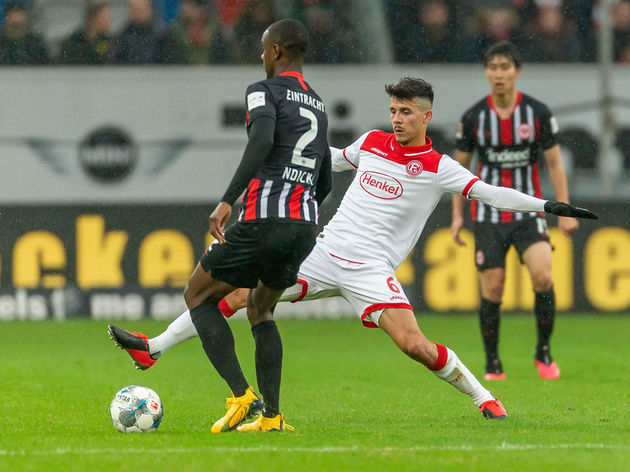 ​Perhaps N'Dicka's greatest attribute is his composure at such a young age and is calm with and without the ball.

Unsurprisingly for a centre back of such height, he is strong in the air too, while his pace and fitness have caught the attention of scouts.

However, additionally, N'Dicka's passing ability is arguably one of the greatest pulls for teams like Arsenal and Liverpool, who both like to play out from the back and use the ball in tight spaces.

His versatility to play at left-back or in defensive midfield (as he has done at international level) are big plus points for those evaluating him.

Who Would You Compare Him With?

You could argue that N'Dicka somewhat resembles Liverpool's Joe Gomez considering he's quick, strong and good with the ball at his feet, while also flexible with his position.

Both defenders are young and have been used at full-back by their respective managers, perhaps highlighting the faith their bosses have in them.

Is He Good Enough for the Premier League? Well, if he's good enough for the Bundesliga - which he certainly is - then he's more than capable of plying his trade in the ​Premier League.

However, a move to the division's big boys may pose some challenges for the youngster, with the weight of expectation significantly heavier than in his current surroundings. If one of the Premier League's biggest clubs were to acquire N'Dicka's services, then the defender may not be quite ready for a starting berth just yet.

One thing N'Dicka does provide is value for money, as the Frankfurt man will cost a fraction of what fellow Arsenal target Upamecano would, offering Premier League clubs a cheaper route to signing a coveted Bundesliga talent.