Who Is Pablo Mari? The Inside Scoop From Spain & Brazil on Arsenal's New Signing

So Arsenal have a brand new signing to get excited about, providing all medical checks are completed without any issues.

The problem is, for the most part, that most people haven't heard of Pablo Mari - and probably have no idea what to expect from the man arriving from Copa Libertadores

So, Just Who the Heck Is He? He's also from the region of Valencia but came through at Mallorca's academy (which has also produced Marco Asensio and former Barcelona star and uncle of Rafa Nadal, Miguel Angel Nadal).

Despite being Spanish, he is a relative unknown in his homeland (playing twice ever in the top flight), having spent time in England with Manchester City, NAC Breda and most notably with Flamengo in Brazil - where he became the first Spanish-born winner of the Copa Libertadores and faced Liverpool in the Club World Cup final.

How Was His Time in Spain?

After leaving Mallorca, he impressed enough at Gimnastic in the second and third tiers to get picked up by Pep's ​City. Still many, many players get picked up by City's recruitment team with little or no intention of them ever making it anywhere near the first team.

He spent time with City Group members Girona (but made just eight appearances) and then was loaned to NAC Breda in the Netherlands. Last season, the defender did well at Deportivo la Coruña. Don't get too excited though, Depor are far from the Superdepor days of Diego Tristan and Roy Makaay. Mari spent his one season in the Segunda Division, just missing out on promotion back to the top flight. Despite a solid season in Spain's version of the Championship (Depor conceded the joint second-fewest goals), Mari might be best remembered (perhaps unfairly) for missing a late header in the playoff final to Mallorca as Deportivo collapsed and lost 3-2 on aggregate.

Why He's Not Been Involved in Spain Squads?

To be honest, up until 2019, he simply wasn't playing at a high enough level to really come onto Julen Lopetegui/Luis Enrique/Robert Moreno's radars.

Perhaps more surprisingly, he has never been capped for Spain at any level. However, after impressing in South America, he has high hopes of working his way into the squad alongside Sergio Ramos in a post-Pique world. "Obviously one of my objectives is to possibly be called up for the national team," he said recently. "For me it would be something wonderful.

Hopefully one day I will have the possibility of wearing that shirt. It would make me very proud."

So that's the lowdown of how things progressed for Mari in Spain - but what's life been like in Brazil over the past six months?

Was Mari a Key Part of Flamengo's Success?

Pablo Marí surprised everyone and did very well in Brazil, considering he was playing second division football in Spain.

The 26-year-old defender arrived at Flamengo as an unknown, but he managed to adapt quickly and soon took up a position on the left side of the field - a position that for a long time, Flamengo had struggled to fill with quality.

What Are Mari's Strengths & Weaknesses?

Marí is a tall, strong defender with good awareness of what's going on around him. He anticipates and reads the game very well, representing a more classic style of defender.

He possesses a long throw, which is useful, and has generally good distribution with the ball at his feet. But he does have his downsides. He struggles against players with significant pace and those who are able to shift from side-to-side quickly.

That's not to criticise his agility, but it's evident that he's not comfortable with players running at him.

Is There a Well-Known Player in Europe You'd Compare Mari To?

He reminds me a bit of Tottenham defender Jan Vertonghen, due to his stature and good quality of passing.

Pace isn't the Belgian's strong point, much like Mari, but both use their physical attributes to compensate for that, as well as having a good understanding of the game.

Is Mari Good Enough to Play in the Premier League? Are You Surprised He's Moving?

In all honestly, I'm surprised ​Arsenal are signing him. He's a good defender, but I'd say he's suited to the level found in Brazilian football - which we all know is lower than the Premier League. 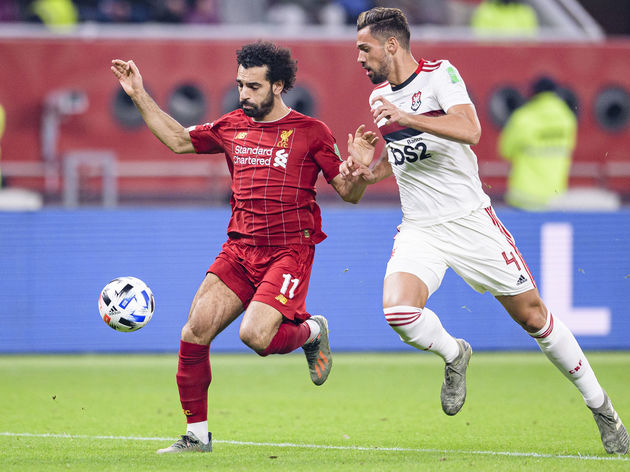 He'll help them out for sure, but I'm not convinced he's the kind of player to get them heading back towards the Champions League.

Anything Else to Know About Mari?

Mari is a focused, family man and he didn't provide any moments of comedy during his time in Brazil.

But one interesting fact is that he became the first Spaniard to score in a Copa Libertadores semi-final tie, also becoming the first to win the cup - a historic moment for him and Flamengo as a whole.