Why Jackson Martinez Would Be the Perfect Fit for Arsenal 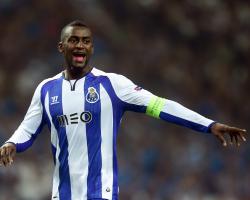 to progress further in the Champions League next season.

Many feel the key to this is to bring in a high quality striker and this week the Metro are reporting that Arsenal are Ãâclear to completeÃâ the transfer of FC PortoÃâs prolific goal scorer Jackson Martinez after a bid for him from Atletico Madrid had been turned down.

Some fans may argue that the Portuguese league isn't a high enough level but Martinez has added an extra seven goals to his tally in the Champions League.

ArsenalÃâs strikers have been very inconsistent this season

Even so he grabbed 7 goals in the BPL and the FA Cup in just 15 appearances, including a hat-trick against West Bromwich Albion.

Danny Welbeck signed for Arsenal for ÃÂ£16million from Manchester United on deadline day last summer and in his debut season made 24 appearances for the Gunners, scoring just 4 times in the league

He spent most of the season playing out on the wing, a fate that he left the Red Devils to avoid.

Now 22, this season was destine to be the youngsters breakthrough season after he netted 3 goals against AS Monaco in pre-season

While on loan he managed only one goal in the FA Cup and hardly featured under new manager Alan Pardew.

He is quick, tall, agile, strong and great on the ball, just how Wenger likes his men at the top

He would be the ideal Premier League striker and is just what the Gunners need to make a push for the Premier League title and to progress far in the Champions League.